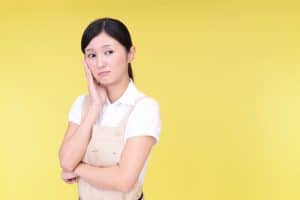 Severe gum disease, also referred to as periodontitis, can have adverse effects on gum tissue, teeth, and jaw structure if left untreated. It’s an urgent issue that requires the assistance of your dentist as soon as possible. Another reason to see your dentist quickly is because your gum disease may be a sign of diabetes. Catching it and beginning treatment early can be the difference between life and death. Schedule an appointment with your dentist today.

The Link Between Periodontitis And Diabetes

In the United States, around 29 million people have type 2 diabetes, with over 8 million of those people not being diagnosed. The Centers for Disease Control and Prevention also estimates that 37 percent of American adults over the age of 20 are living with prediabetes. New research published by BMJ Open Diabetes Research & Care suggests that severe gum disease might be an early indicator of diabetes.

According to researchers from The University of Amsterdam in The Netherlands, 126 out of 313 patients studied had severe periodontitis. Those participants tended to have a higher body mass index, averaging a BMI of 27. The analysts also discovered that the patients with severe gum disease had a higher level of blood sugar than those without gum disease.

Although there isn’t a causal link between gum disease and diabetes, researchers suggested, based on their findings, that screening patients with severe periodontitis for diabetes may be an effective way of diagnosing and treating the disease before complications arise.