Fun At The Austin Music Awards 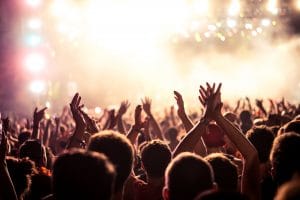 The Austin Chronicle, SXSW, and Stratus Properties are proudly presenting the 36th annual Austin Music Awards with proceeds benefiting the SIMS Foundation. For over three decades the Austin Music Awards have been honoring the local music community and recognizing the best of Austin music.  Artists, bands, and industry masterminds who have forged Austin’s international music reputation are all celebrated at this ceremony. This event recognizes Austin’s outstanding live music achievements of the previous year. The winners are selected by votes from the Austin Chronicle readers in the annual Austin Chronicle Music Poll. From its earliest years, Austin Music Awards have been presented to numerous genres of music emanating from Texas, including rock, country, blues, Latino, folk, punk, pop, world, classic, and morel. This year marks 36 years of this annual tradition. Legendary performers, guest acts, and special presenters will take stage at the Austin Music Awards to celebrate the 36 years of Austin musicianship. Austin is a city known for live music, and this event is celebrates that fact. Charlie Sexton will serve this year as Music Director, and for the second year in a row, Mayor Steve Adler shows his support by presenting the Mayor’s House Band with Michael Ramos. This year,organizers elected to move the date before South by Southwest (SXSW) instead of during the insanity of the festival when the local awards ceremony is usually held.

ACL Live at the Moody Theater

Advance tickets are $35 and are available at the ACL Live website. Mezzanine and other VIP ticketing options start at $250.

Dr. Carmona is proud to serve the smiles of Austin. To schedule a consultation with Austin Prosthodontics in Austin, TX, call 512-250-9444. We also proudly welcome patients from Cedar Park, Round Rock, Pflugerville, Leander, and all surrounding Texas communities.